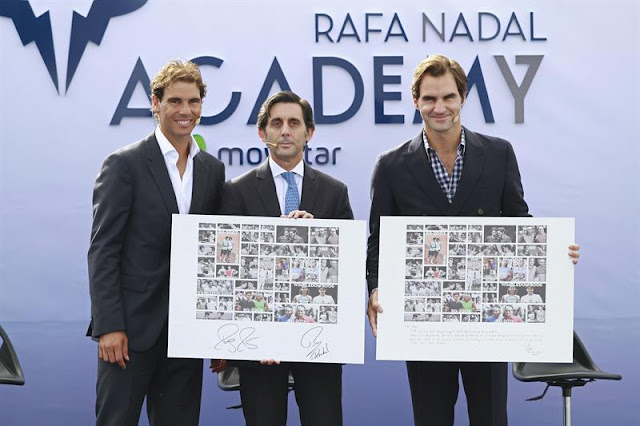 Wikipedia, Nadal has won 19 Grand Slam singles titles, the second-most in history for a male player

Nadal has won 19 Grand Slam singles titles, the second-most in history for a male player, as well as a record 35 ATP Tour Masters 1000 titles, 20 ATP Tour 500 titles and the 2008 Olympic gold medal in singles. In addition, Nadal has held the world no. 1 ranking for a total of 200 weeks, including being the year-end no. 1 five times. In majors, Nadal has won a record twelve French Open titles, four US Open titles, two Wimbledon titles and one Australian Open title, and won at least one Grand Slam every year for a record ten consecutive years (2005–2014). Nadal has won 84 career titles overall, including the most outdoor titles in the Open Era (82) and a record 59 titles on clay. With 81 consecutive wins on clay, Nadal holds the record for the longest single-surface win streak in the Open Era.

Nadal was a member of Spain's winning Davis Cup team in 2004, 2008, 2009, 2011 and 2019, and has a 29-win streak and 29–1 record in singles matches at the event. In 2010, at the age of 24, he became the seventh male player and the youngest of five in the Open Era to achieve the singles Career Grand Slam. Nadal is the second male player after Andre Agassi to complete the singles Career Golden Slam, as well as the second male player after Mats Wilander to have won at least two Grand Slams on all three surfaces (grass, hard court and clay). He has received the tour Sportsmanship Award two times and has been named the ATP Player of the Year five times and the ITF World Champion four times. In 2011, Nadal was named the Laureus World Sportsman of the Year.

Rafael Nadal officially opened the Rafa Nadal Academy by Movistar in his hometown, Manacor, Mallorca, on Wednesday. The high-performance centre combines tennis and education, so that students can continue their pathway to professional tennis without having to neglect their academic studies.


“My future is here,” said Nadal. “I don’t imagine myself living away from Mallorca. The sport is my passion and creating this tennis academy is the most important part. You can also play lots of different sports here. I believe this is a centre that kids need. I will be very involved.

The Rafa Nadal Academy by Movistar is equipped with the latest technology, including supervised residency exclusively for students, an American International School for children aged 10 to 18 years of age, and a clinic specialising in sports medicine, physiotherapy and nutrition. There are also 26 indoor and outdoor tennis courts, a fitness centre, two swimming pools (indoor and outdoor), mini-football pitches, three regulation multi-sport courts, 10 paddle tennis courts, a restaurant and café bar, pro shop and gardens.


Official Web Site, Toni Nadal, The people that excel in life are those that persevere

Rafa Nadal has always been concerned by the fact that it is difficult to prepare for life as a professional tennis player at the same time as continuing studies and going to university. Many tennis players are forced to leave school before they ever reach the stage where they are ready to take university entry access courses, and this can turn out to be a long-term handicap, limiting their future options. For this reason, Rafa was keen to create an international school that offers the necessary flexibility for tennis and studies to be truly compatible.

Furthermore, Rafa has always been loyal to a set of values that have helped him throughout his career, and which he considers essential for both personal and Athletic development. Incorporating these values to the educational program of the Academy has been a priority since the conception of the project.

The fruit of these concerns is the Rafa Nadal International School, which is situated within the Rafa Nadal Academy by Movistar and allows athletes to combine tennis and studies. Each student will be prepared to face the university entrance system – including access to American institutions through scholarships. The mission and philosophy of the school incorporate the very values that have propelled Rafa during his career. 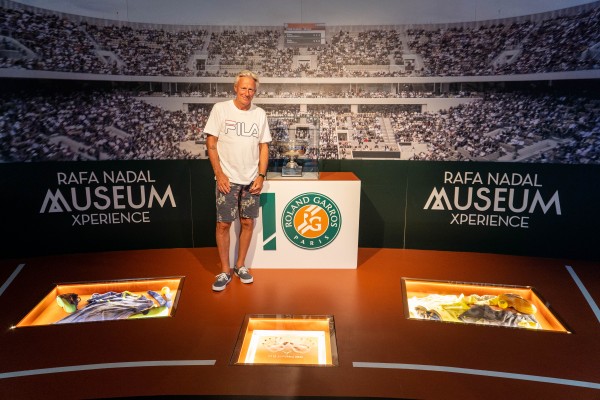 Just two days after leading team Europe in the Laver Cup, world tennis legend Björn Borg has visited the Rafa Nadal Academy by Movistar for the first time. During his three-day stay, the ex-world number 1 and winner of 11 Grand Slams also had the chance to enjoy the facilities at the Rafa Nadal Sports Centre.

“I’m very happy to have come to the Rafa Nadal Academy. I’d heard good things about this place, but spending three days here has confirmed it, it’s incredible. I have really enjoyed myself. I would invite you all to come and see it and to play here. The quality of the training is very good and I think they’ve done a great job. This is why my son has come here, I’m very happy about that and I hope that many others come in the future because the Academy is very good”, said the six-time French Open champion.

His son, Leo Borg, who is currently training at the Rafa Nadal Academy by Movistar for a few weeks, is considered (at just 16 years of age) to be one of the young promises of Swedish tennis and one of the players destined to lead the new generation of tennis in his country.

TennisWorldUSA, Rafael Nadal to open tennis academy in Kuwait in 2020 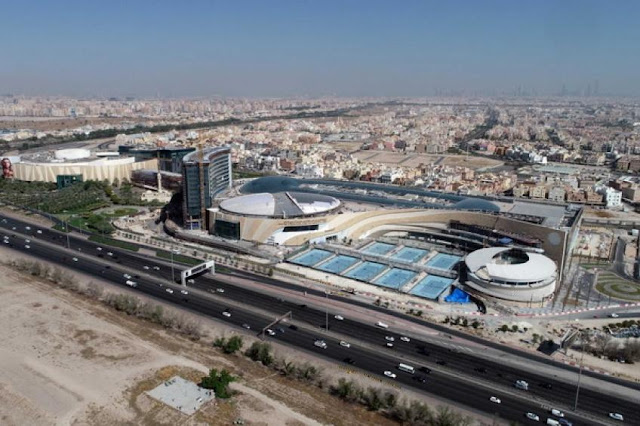 Opened in 2016, Rafa Nadal Academy by Movistar has gathered some of the leading juniors in the world, offering them a chance to work at the top-tier facility with best coaches and under the close eye of the 19-time Major champion Rafael Nadal himself.

Besides the Academy, Nadal also launched the "Rafa Nadal Tennis Centre" in Mexico and Greece, with Kuwait as the next destination where he wants to improve the level of tennis and open it for kids and professionals.

State of the art complex will include 18 courts, eight outdoor, eight indoor, open court with 1,500 seats and covered arena with more than 5,000 seats. A five-star hotel, restaurants and diverse selection of retail outlets will also be a part of the complex that should become the gathering point of the Kuwait tennis federation, giving them a chance to provide a future champion from this region.