The "genioux facts" (blog.geniouxfacts.com) form a fundamental basis to build a better world for all.
Genioux.com Corporation has identified problems that have a whirlwind-like behavior, with gigantic pull forces sinking brilliant solutions, thriving debates, growth, and prosperity. Those problems are specific to some countries and in some cases general to most countries.

Political polarization of the United States 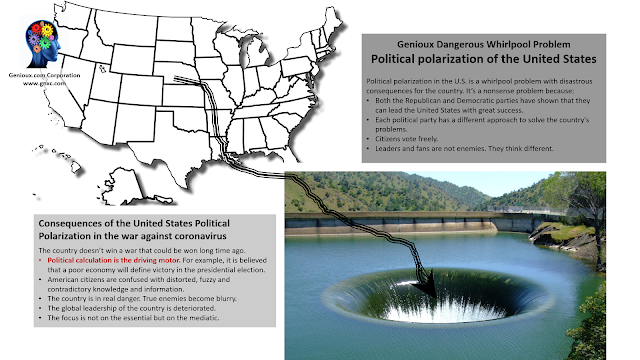 Political polarization in the U.S. is a whirlpool problem with disastrous consequences for the country. It’s a nonsense problem because:

The country doesn’t win a war that could be won long time ago.