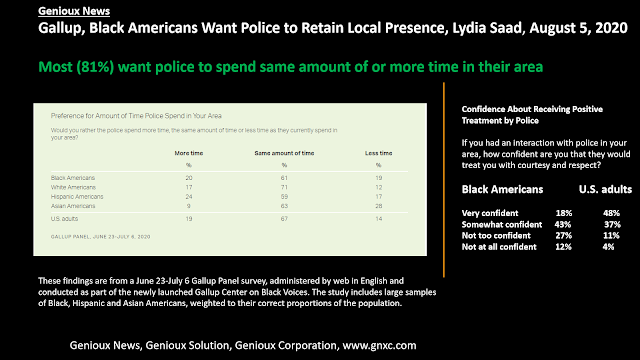 These findings are from a June 23-July 6 Gallup Panel survey, administered by web in English and conducted as part of the newly launched Gallup Center on Black Voices. The study includes large samples of Black, Hispanic and Asian Americans, weighted to their correct proportions of the population.

Most (81%) want police to spend same amount of or more time in their area.
Notably, simply having an interaction with the police in the past year has no bearing on Black Americans' preference for local police presence in their area: