Genioux FACT CHECK: More deaths of blacks killed by blacks in high-violence areas of the African-American community confirm the reality of their problem 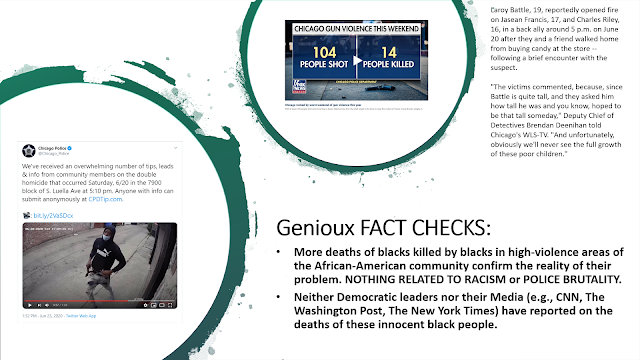 Laroy Battle, 19, reportedly opened fire on Jasean Francis, 17, and Charles Riley, 16, in a back ally around 5 p.m. on June 20 after they and a friend walked home from buying candy at the store -- following a brief encounter with the suspect.
"The victims commented, because, since Battle is quite tall, and they asked him how tall he was and you know, hoped to be that tall someday," Deputy Chief of Detectives Brendan Deenihan told Chicago's WLS-TV. "And unfortunately, obviously we'll never see the full growth of these poor children."
The teenagers, described as “very good kids from really excellent families,” were reportedly asked by their mothers to buy candy at the store. They didn't know Battle, but after asking about his 6-foot-3 height, he reportedly followed them out and fired nine rounds at the teenagers, police said.
Battle was arrested after members of the community identified surveillance video of the suspect that had been released by police, Deenihan said. 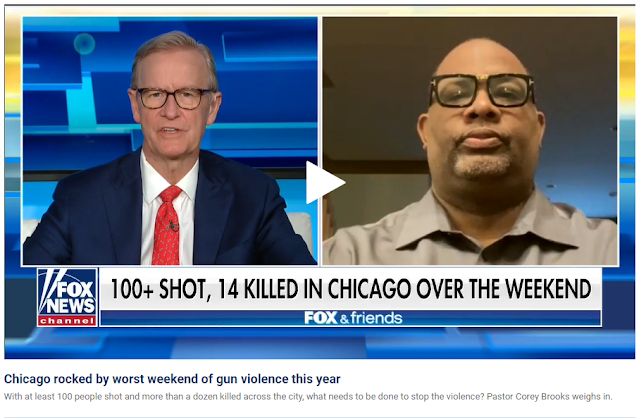 Genioux FACT CHECKS: More deaths of blacks killed by blacks in high-violence areas of the African-American community confirm the reality of their problem