Noticiero El Big Picture del Deporte, Ciclismo: Cycling Weekly, Here’s who is going to win the Vuelta a España 2019, according to the bookies 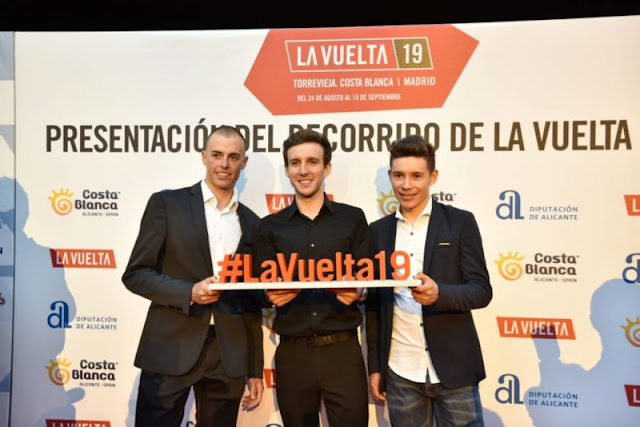 Here’s who is going to win the Vuelta a España, according to the bookies.

Primož Roglič is the favourite, with odds of 9/4 to go better than his effort at the Giro d’Italia, which he led for five days, eventually finishing third on the podium.

Miguel Ángel López is second favourite, valued at 3/1 to win the Spanish Grand Tour after finishing third on the podium in last year’s race behind Enric Mas (Deceuninck – Quick-Step) and Simon Yates (Mitchelton-Scott).

Richard Carapaz had a couple of months off after winning the Giro d’Italia for Movistar, only returning to racing for the Vuelta a Burgos where he finished third.

The Dutchman is set to ride the Vuelta, where he finished fourth last year, 50 seconds behind López. Kruijswijk will be ready to help Roglič in the mountains or take over should the Slovenian falter and see how fresh his legs are after three weeks of demanding racing in France.

With Quintana off to Arkéa-Samsic and Landa transferring to Bahrain-Merida, this could be the last time we see the now iconic Movistar trident, they will be hoping it pays off this time to finally prove their doubters wrong.

The Movistar pair of Nairo Quintana and Alejandro Valverde both secured top 10 finishes at the recent Tour de France, with Mikel Landa also finishing sixth. Alongside Carapaz, Movistar once again take three riders capable of winning the race to a Grand Tour.

Tao Geoghegan Hart is Ineos’ best chance at victory, according to the bookies. He’s been given odds of 22/1 to follow up the British squad’s Tour de France victory with a win in Spain.

Esteban Chaves (Mitchelton-Scott) took an emotional victory at the Giro d’Italia on stage 19 and will be looking for more glory following his return from injury at the Vuelta.

Rafał Majka (Bora-Hansgrohe) finished sixth in a strong showing at this year’s Giro d’Italia, coming back from disappointing Grand Tour performances in 2018 where he finished outside the top 10 at the Tour de France and Vuelta.

The UAE Team Emirates has had somewhat of a breakthrough season in 2019, winning the Tour of California and picking up the young rider classification at the Tour of the Basque Country and his home Tour of Slovenia.