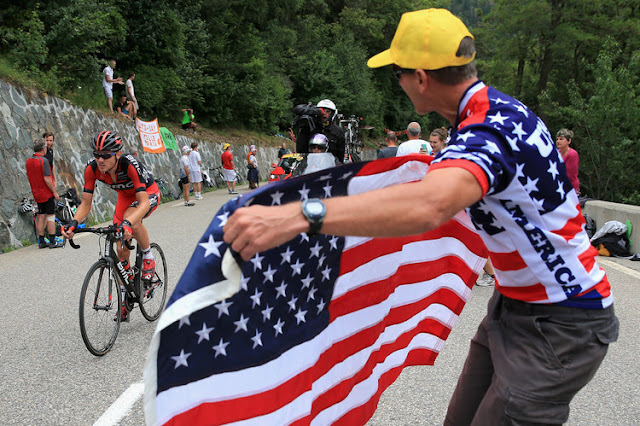 The head of USA Cycling, Steve Johnson, is heading to France to watch the Tour de France, and he is not there just to watch Lance Armstrong’s comeback attempt after a three-year retirement.

To Johnson, this means the work that USA Cycling has done over the last 10 years has begun showing on an international stage. In an interview, Johnson talks about the growth of Europe’s sport in the United States and the role Armstrong’s career has played.

Q. Can you quantify the impact of Armstrong on cycling in the United States?


A. From our perspective, Lance has absolutely put the sport of cycling on the radar screen of a lot of young potential cyclists. He legitimized the sport. He demonstrated to an American audience that you can be an international hero, earn a seven-plus-figure salary, have the endorsements, do all the things that American sports heroes are known for. You look at that decision-making matrix that goes on in the heads of young prospective talented athletes, they’re asking themselves, whether they know it or not, where are the opportunities? What Lance has done is to clearly demonstrate that there are legitimate professional opportunities in the sport of cycling. As a result of that, we’ve seen a dramatic increase in the number of individuals who have decided to become bike racers; our junior numbers have doubled since 2000.

Lance has provided the opportunity for almost a prospective chronological study of the impact of an identifiable hero or icon on a sport like cycling. He was in the sport and successful for seven years and then out for three and now he’s back in. While Lance was at the top of the sport, our annual growth rates were, in terms of membership numbers, around 5 percent. When Lance retired three years ago, our growth did drop down to about 3 percent for a couple of years. Now Lance is back and our growth rates are back to 4.5 percent or close to 5. He definitely has an impact. Our membership numbers have more than doubled since 2002. Our number of races have gone up dramatically. Our number of clubs, all the things that you associate with growth of a sport, all those indicators are trending upward.