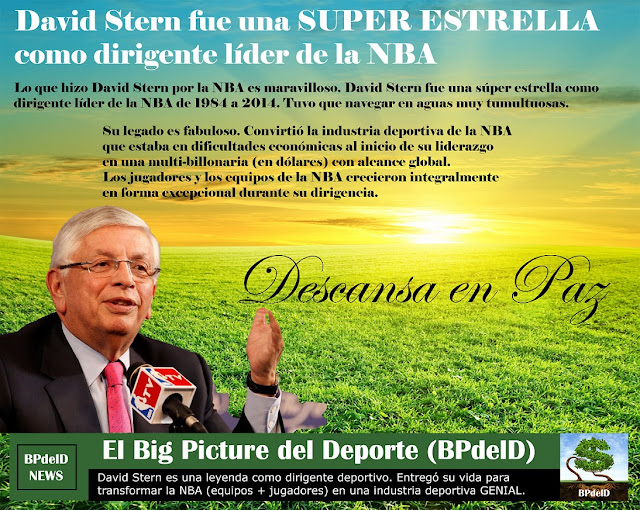 When discussing the NBA's remarkable growth over the last four decades, it's nearly impossible to overstate Stern's impact. His fingerprints are all over the league's incredible economic expansion and dramatic rise in popularity. 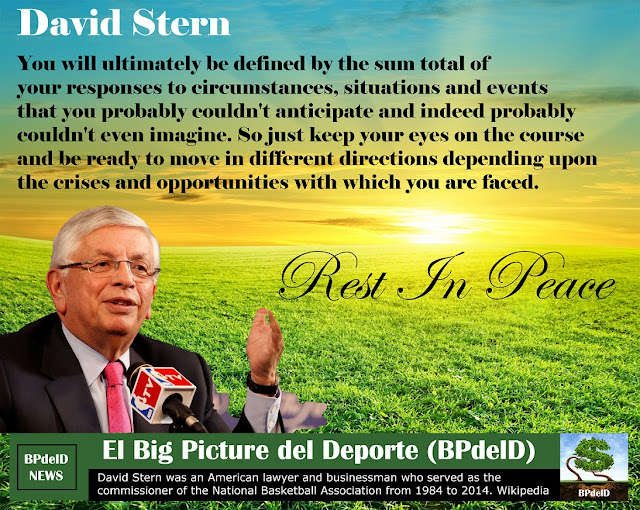 His marketing vision turned the world’s premier professional basketball league into a global brand with its biggest stars as its ambassadors.

Stern fought and fought and fought, delivering wrath with piercing media comments and expensive sanctions. Fame was no inoculant. He fined Jordan for wearing shoes that violated the league’s dress code. He fined legendary San Antonio Spurs coach Gregg Popovich for daring to rest his players for a nationally televised game. He fined Dallas Mavericks owner Mark Cuban at least 20 times, including six-figure punishments for blogging about officials and sitting on the baseline during a game.

USA Today, LeBron James on David Stern: ‘He definitely should have something named after him’, Mark Medina, Jan. 2, 2020.

LeBron James suspected NBA Commissioner Adam Silver and the league office will brainstorm ideas soon. After all, James argued that Stern and Dr. James Naismith “are two of the most important people for the game of basketball.” The reason? Naismith invented the game in 1891. During Stern’s time as NBA commissioner (1984-2014), he salvaged a league previously ravaged by drug use, poor TV ratings and declining revenue. 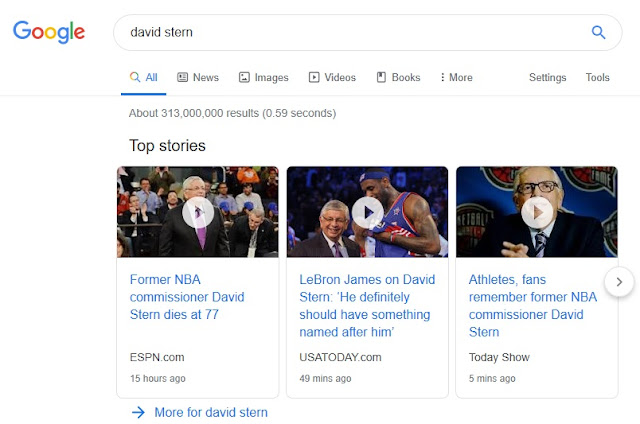 David Stern, the former NBA commissioner who died Wednesday, helped shape the league into the $8 billion business it is today. It wasn’t easy. Stern faced many on- and off-court crises, but through those problems, he had a vision for the NBA that transcended any issue, turning the league into a global behemoth that seemed impossible when Stern was the league’s general counsel in the early 1980s.

We take a look at five ways Stern altered the NBA


Michael Jordan may have been mostly responsible for the exploding popularity of the NBA in the 1990s. But even Jordan summed it up perfectly with the opening words of his statement in tribute to the late league commissioner David Stern, who died on Wednesday at 77 years old after suffering a brain hemorrhage last month. “Without David Stern,” Jordan said, “the NBA would not be what it is today.”