Business: Cycling News, Christian Prudhomme, I dream of cycling where the climber distances the rouleur in the mountains and loses time against the clock, but nowadays that doesn’t happen 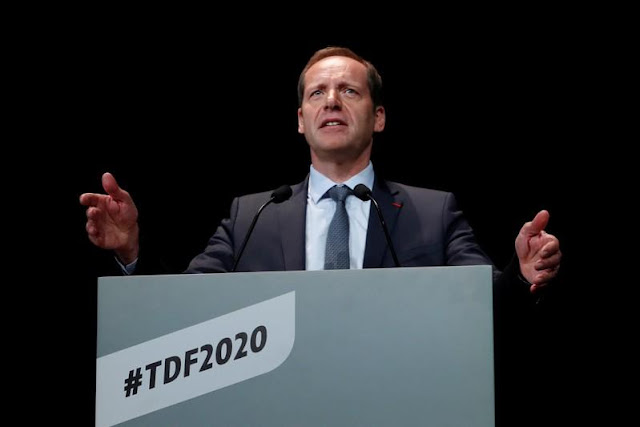 For the paucity of time trialling, a recent trend that has now been taken to a new level, Prudhomme sympathised with the traditionalists but argued it was a necessary step given smaller and smaller time gaps seen in the mountains compared to the time trials.


The climbing stages are spread throughout the three weeks, with Prudhomme and his colleagues hoping hostilities between the yellow jersey contenders could flare at any moment, rather than being limited to set-piece blocks in the Pyrenees and Alps.

After unveiling a groundbreaking route for the 2020 Tour de France - low on time trialling, high on hills - Christian Prudhomme spoke of the battle to capture the increasingly fleeting attention of the 21st century audience.

The new climb at the Col de la Loze, high in the French Alps on a stair-stepping climb that peaks out at 2300m.

“It’s the prototype for the 21st-century mountain we have been looking for,” Tour director Christian Prudhomme said of the climb. “It has a succession of ruptures and breaks with rapidly changing inclines each one worse than the last one. For the pure climbers, it’s a dream come true.” 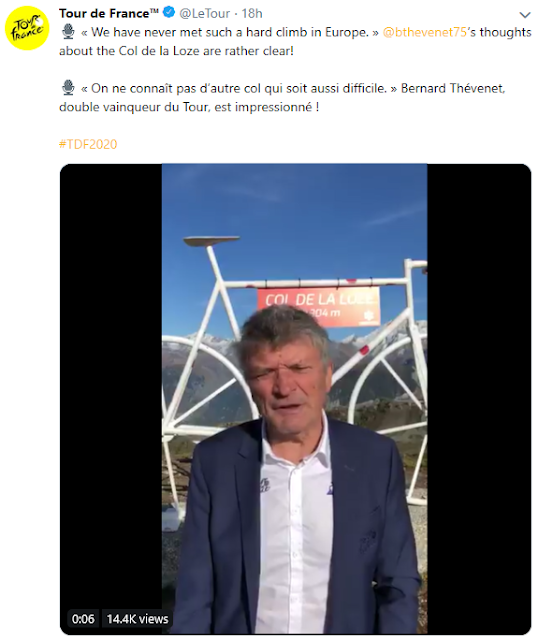