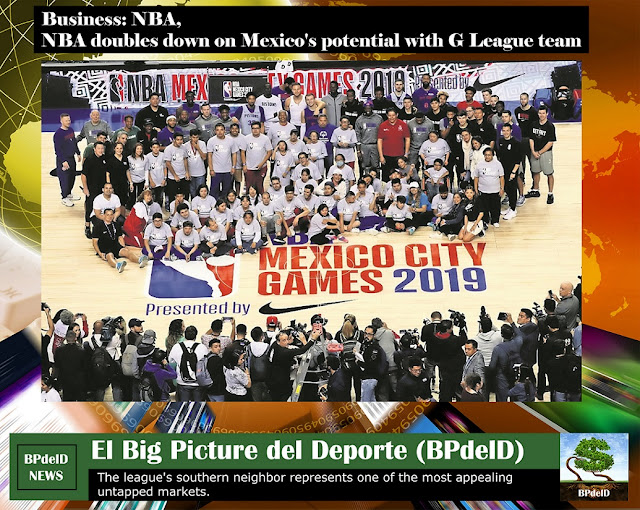 The NBA announced that Mexican professional club Capitanes will join the NBA G League in 2020-21. Commissioner Adam Silver: “I think it’s an important signal to the market just how important we view the entire country of Mexico and all of Latin America”.


Luka Doncic and Ricky Rubio represent the most recognizable Spanish-speaking NBA players in Mexico City this week. They also hail from countries that were not always synonymous with basketball, but that have recently become international powerhouses.


NBA Academy Latin America will play a vital role in generating that movement. The basketball training program, backed by the NBA and the Mexican government, develops talent from the Caribbean, Mexico, Central American and South America.