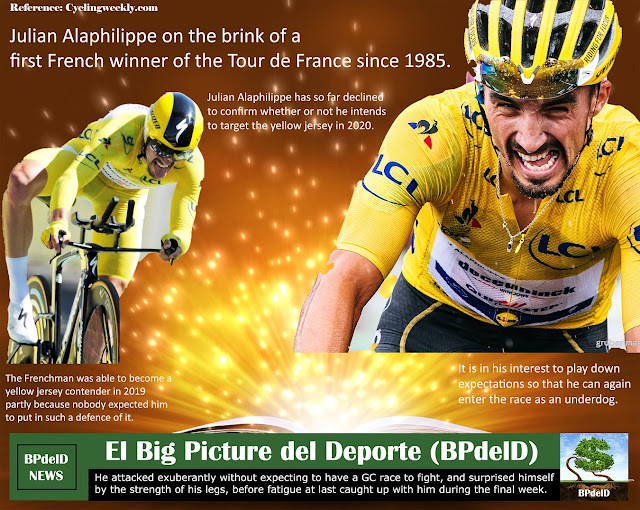 Julian Alaphilippe (Deceuninck-Quick-Step) has so far declined to confirm whether or not he intends to target the yellow jersey in 2020, but we have a sneaky suspicion that the yellow jersey is already in his sights. It is in his interest to play down expectations so that he can again enter the race as an underdog. But we might just be on the brink of a first French winner of the Tour de France since 1985.
If he makes the yellow jersey his primary target, and plans a training routine around it, could he ride even better this time?