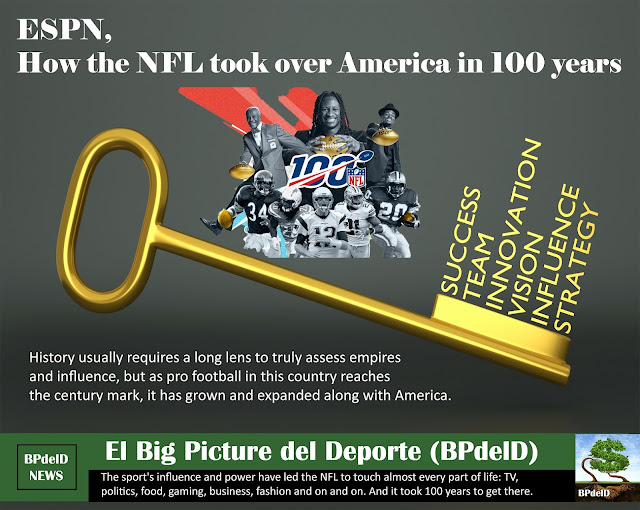 The sport's influence and power have led the NFL to touch almost every part of life: TV, politics, food, gaming, business, fashion and on and on. And it took 100 years to get there. History usually requires a long lens to truly assess empires and influence, but as pro football in this country reaches the century mark, it has grown and expanded along with America.

When factories ruled the Midwest landscape, pro football came, too. When Americans moved to the West and Baby Boomers spurred the economy, football grew and reaped many of those same benefits. When cities like Atlanta, Houston, Nashville and Seattle became major urban centers, the NFL expanded to include them. And as televisions arrived in most every home, the NFL gave viewers what would eventually be the year's biggest television event: the Super Bowl.

How did the NFL take over the United States? Here's where the NFL began and how it spread to every corner of the nation. 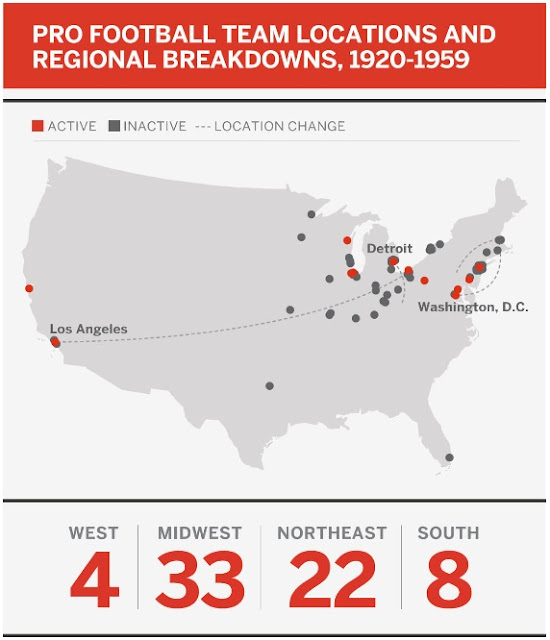 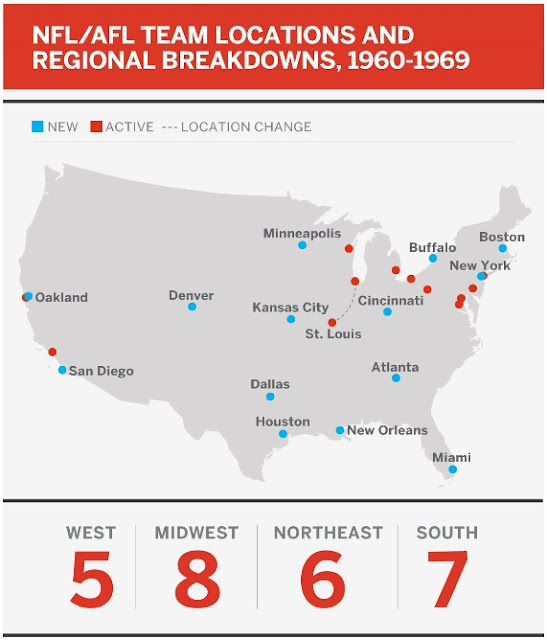 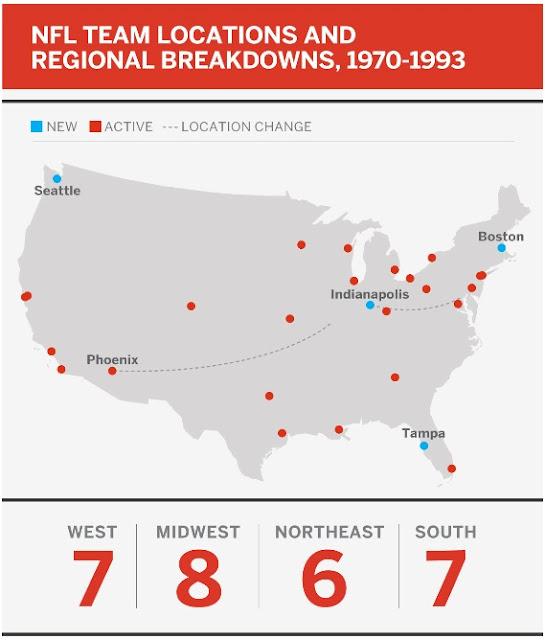 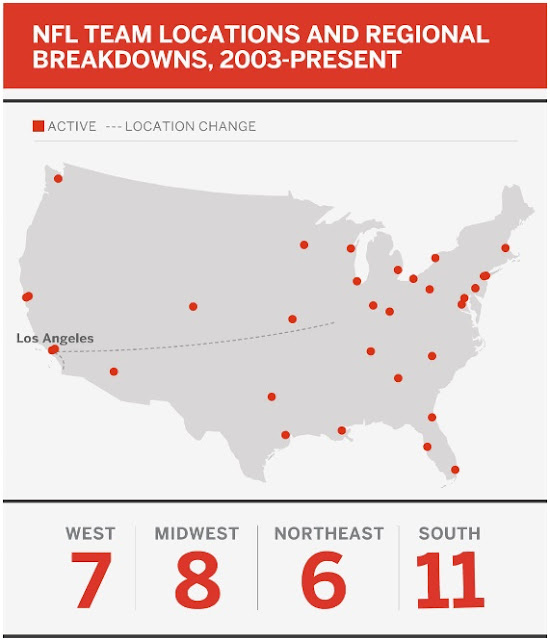 And here we are.

In 2020, the Raiders are planning to move to Las Vegas. The map of the NFL cities, if the league had its druthers, might have a decidedly international future.

The league began hosting international, regular-season games in 2005. So far, Mexico City, Toronto and London have hosted games. London has always been talked about as a presumptive international favorite to get a team. Pro football in Mexico has developed a strong fan base and the NFL has an office in Mexico City. The San Francisco 49ers are also in discussions for a game in China.

Beyond the hypothetical, the NFL has reached a bit of a crossroads. It is still incredibly popular. According to the league, 46 of the top 50 telecasts in 2018 were NFL games. Not just sporting events. NFL games were watched more than almost anything else on TV, no matter the network. Furthermore, commissioner Roger Goodell is targeting $25 billion in revenue by 2027. But injury and long-term health issues drive the perception of the league's future. It also remains to be seen if international popularity goes beyond the novelty and revenue could be produced to sustain a home team away from the United States.