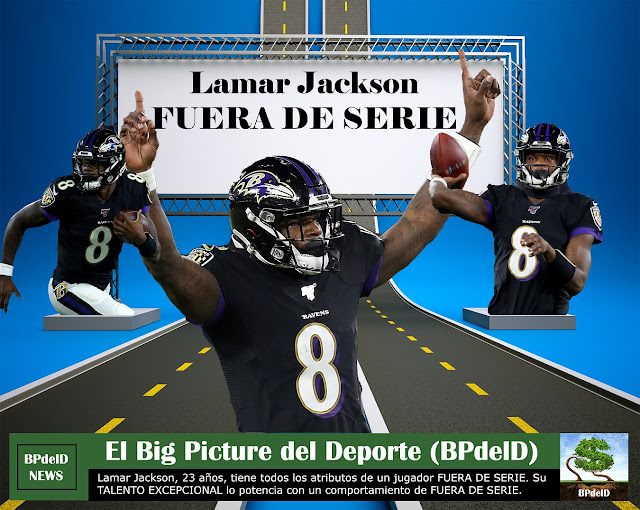 The NFL has never seen anything quite like Lamar Jackson and the Ravens. Even if a team finds a Jackson-caliber talent and develops him properly, it takes organization-wide buy-in to replicate the Ravens' success. The personnel and scouting departments must commit to prioritizing tight ends over receivers and athletic offensive linemen over widebodies. That sort of organization-wide paradigm shift can be hard to accomplish. 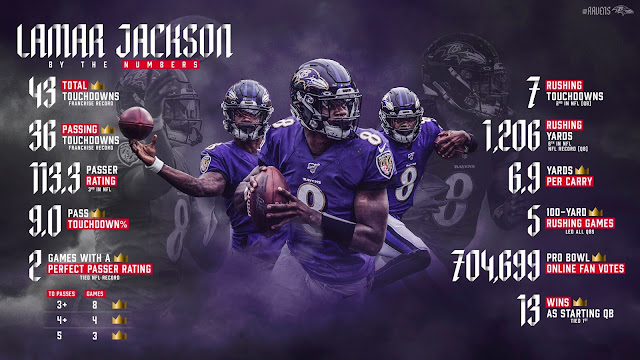 The pursuit of finding someone, anyone, to mimic Baltimore Ravens quarterback Lamar Jackson for their scout team has spurred NFL teams to audition everyone from the leader in touchdown passes in the Alliance of American Football to the college roommate of the All-Pro quarterback's cousin. One team even went as far as to contact an ice fisherman in South Dakota.

Lamar Jackson's Ravens tenure arrived with a bang that has since transformed into a wonderfully frightening masterpiece. Now, though, Jackson's Earth has formed, and life is in full bloom. Jackson will get his first chance to earn postseason redemption Saturday when his Ravens host the Tennessee Titans. We're in a new era now -- the Lamar Jackson era. We'll see if the Titans can send him home early, or find themselves as the latest addition to Jackson's list of victims.