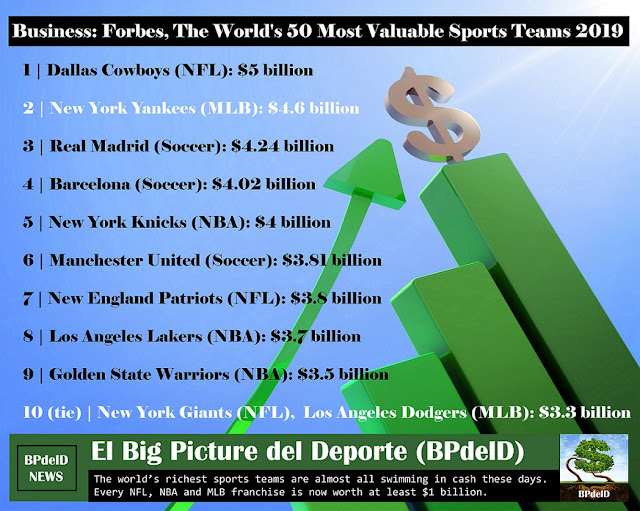 The world’s richest sports teams are almost all swimming in cash these days. Barcelona, which lost $37 million due to excessive player costs, was the only top-50 team to post a loss on an operating basis, and every other team turned a profit of at least $25 million. More than half of the teams made more than $100 million, led by the Cowboys at $365 million.

Some of the most relevant information:
The franchise values below are based on Forbes’ published valuations over the past 12 months by Mike Ozanian, Christina Settimi and Kurt Badenhausen. Team values reflect enterprise values (equity plus debt). No teams from the NHL, Nascar, MLS or Formula One made the top 50. The highest-ranking franchise outside of the NBA, NFL, MLB and European soccer was the New York Rangers at 72nd with a value of $1.55 billion.