Business: Velo News, Jumbo-Visma or Building of a team from a business perspective 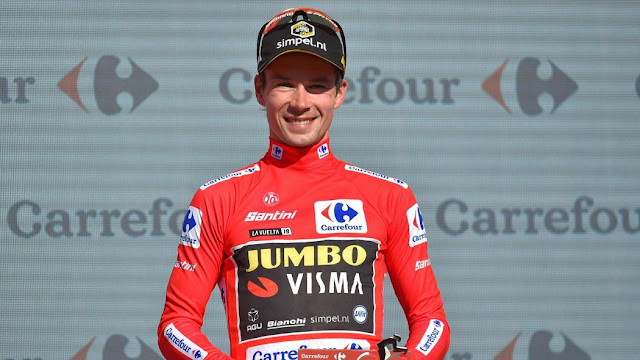 Richard Plugge has built his team just like one would build any other type of professional organization or business – with a focus on the fundamentals. Maybe it’s not rocket science, but its something that a lot of other teams would do well to mimic.

Richard Plugge wasn’t a bike racer; he came from a more general business background – and he has approached the building of a team from a business perspective. In other words, put together a strategy and a vision for the organization, start to create the right kind of culture, focus on putting the right people in the right places, and begin to move gradually towards your objective. As the organization builds momentum, it starts to become self-sustaining; more people will take notice of your success and message, more people will want to join the organization.

The strategy behind Team Jumbo-Visma

Plugge has clearly done an admirable job at reinventing the organization, but the most remarkable aspect of Jumbo-Visma’s turnaround – and one that heralds some key lessons for the sport – is that the team has been able to accomplish all this with one of the smallest budgets in the WorldTour.

Plugge says that the turning point came in 2015, when the Dutch supermarket chain Jumbo signed on as the new sponsor.

Plugge and his team have created the sort of culture or environment which has allowed many riders to perform at, or even above their full potential.

Riders like Roglic and Groenewegen have been big discoveries, and have performed far better than many other teams had originally assumed. “We’re just trying to create the best environment for our riders,” says Plugge.  That kind of success is infectious, and as the team has started to achieve bigger results and turn heads, more riders have expressed interest in joining the team.

Plugge emphasizes that his key sponsors are not just the money behind the team, they are also an integral part of the day-to-day management and planning for the overall organization. “My sponsors are very interested in the team, and they are available to me 24 hours a day. I have almost daily contact with Jumbo’s CFO Ton van Veen and businessman Robert van der Wallen. Bianchi is very helpful with the equipment and technology innovation, and likewise, the Visma boss is also very involved with cycling, always wanting to help.”

Within the team’s limited budget,” Plugge says, “we are putting a lot of money towards the science behind innovative racing; the money is not all going into rider contracts.”

If any WorldTour team has ridden a roller-coaster of fortune over the past few years, that team would have to be Jumbo-Visma.

Formerly known as Rabobank, the team was long the pride and joy of the cycling-crazy Dutch fans, but it ran into a storm of financial, doping and sponsorship problems in 2010 and 2011.

Cut and pan to today. The team has 40 victories so far this year, with more than a quarter of the season remaining. It bagged 33 victories last year. Star GC man Primoz Roglic challenged for victory in the Giro, until fading in the last few days, ultimately finishing in 3rd place.