Business: Velo News, The Vuelta was never part of Roglic's plans for 2019 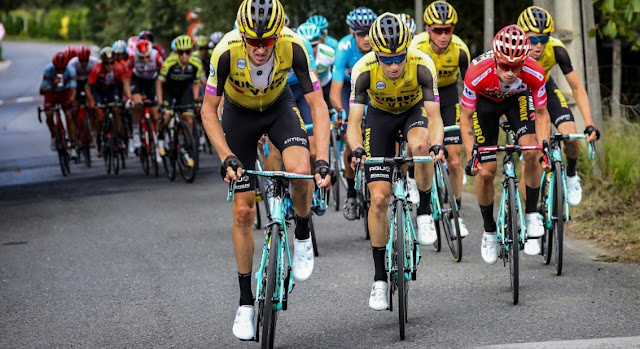 The Vuelta was never part of Roglic's plans for 2019, but after finishing the Giro on his knees, the team reshuffled the calendar to bring the Slovenian to Spain.

The Slovenian was supposed to race the Tour de France instead. It was only after a hard-fought Giro d’Italia that left Roglic exhausted and empty that Jumbo-Visma began to look to the Spanish grand tour.

“The plan was Giro-Tour at the beginning of the year,” said Jumbo-Visma sport director Addy Engels. “After the Giro, it was immediately obvious that the Tour would not be possible.”

“He was done physically after the Giro. He was at his end,” Engels explained. “To do a good Tour after the Giro, you have to go to altitude immediately, to focus. He would not have been top shape in the Tour, and you have to be.”

Roglic’s mid-season schedule modification is having major implications. As a result of giving Roglic a break after the Giro, instead of prodding him to race the Tour, team is zeroing in on winning its first overall grand tour title under current management.

Roglic clearly benefitted from the post-Giro respite. After finishing third in the Giro, he only raced in the Slovenian national championships in late June, and roared into the Vuelta fresh and newly motivated.

The decision to reshuffle the team’s calendar didn’t come without other implications.

Roglic’s superb form soon was obvious to everyone inside the team bus, and Bennett, just as he had done at the Tour, switched to a helper role.

And Roglic, enjoying a depth of support both on the flats and in the mountains he did not have at the ill-fated Giro run, is riding high.

Velo News, Why Jumbo-Visma sent Roglic to the Vuelta and not the Tour, Andrew Hood, September 9, 2019.