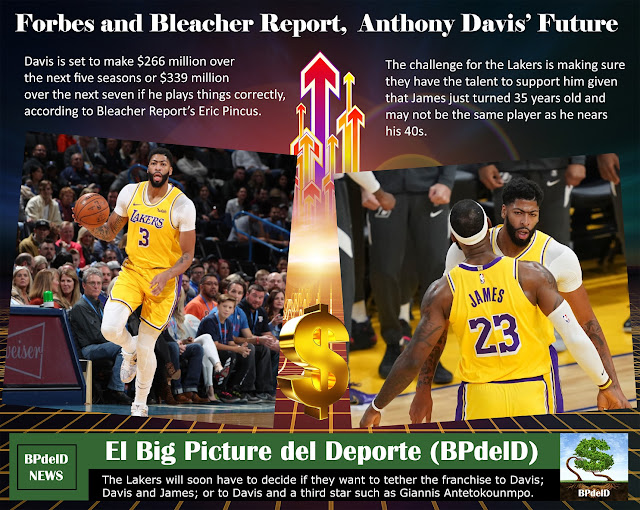 Pelinka and the Lakers will soon have to decide if they want to tether the franchise to Davis; Davis and James; or to Davis and a third star such as Giannis Antetokounmpo.

The Lakers will soon make a decision that will have major ramifications on the playoff roster and the immediate future of the team. So, it’s a good thing Rob Pelinka is behind the wheel. This week, Anthony Davis turned down the Lakers’ extension offer, an expected move that gives Davis far more financial opportunity to make more this summer and beyond.


Anthony Davis rejected an extension with the Los Angeles Lakers. Time to panic! Not really.

The 26-year-old will finish the 2019-20 season with eight years of service. Two more and he'll be eligible for the highest salary tier (35 percent of the cap). He could choose to sign a three-year, $112.8 million contract with a player option for the final season, allowing him to hit free agency once again in 2022.