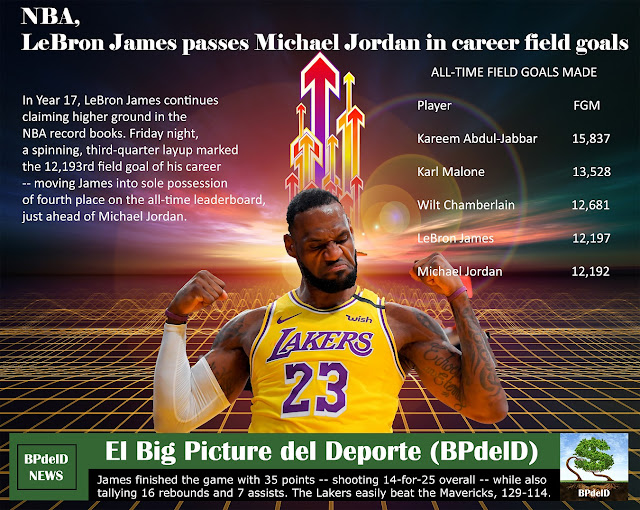 Los Angeles Lakers star LeBron James puts up 35 points, 16 rebounds and seven assists in the team’s 129-114 win over the Dallas Mavericks. This is the first game in LeBron’s career where he records at least 35 points and at least 15 boards in a game.


LeBron James addresses the media after the Los Angeles Lakers beat the Dallas Mavericks 129-114. James says the key to the Lakers' seven-game win streak is getting better every game, especially on the defensive end. James says his legacy speaks for itself, but it is great to pass Michael Jordan in career field goals made. LeBron gives high praise to Luka Doncic as he says his skills are great for being only 20 years old.