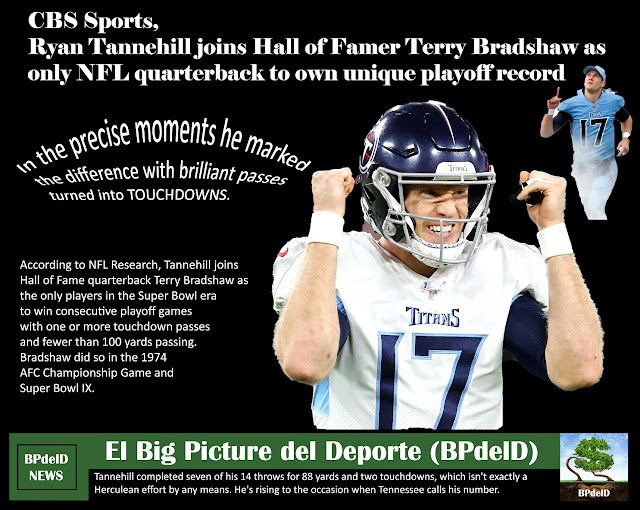 In the winning effort, Tannehill completed seven of his 14 throws for 88 yards and two touchdowns, which isn't exactly a Herculean effort by any means.   According to NFL Research, Tannehill joins Hall of Fame quarterback Terry Bradshaw as the only players in the Super Bowl era to win consecutive playoff games with one or more touchdown passes and fewer than 100 yards passing. Bradshaw did so in the 1974 AFC Championship Game and Super Bowl IX.