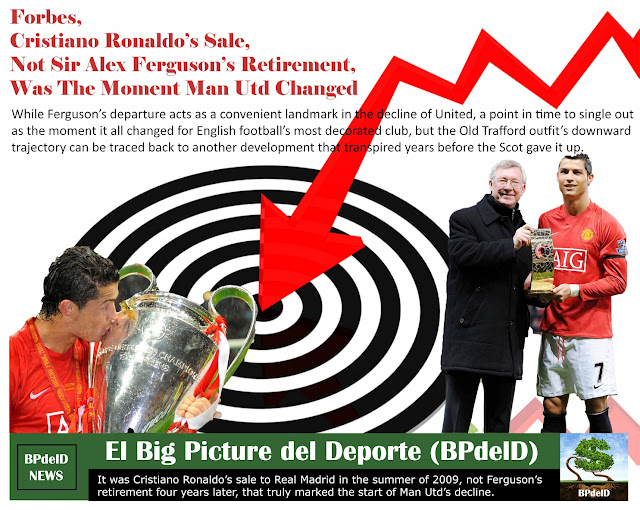 Manchester United’s modern history will be divided into two testaments - before and after Sir Alex Ferguson’s retirement as the club’s figurehead. The great man still regularly visits Old Trafford, taking a seat in the stand that bears his name. It would be hyperbolic to say Ferguson still casts a shadow over the club, but he still stands as a symbol of what United was, what they should be.


While Ferguson’s departure acts as a convenient landmark in the decline of United, a point in time to single out as the moment it all changed for English football’s most decorated club, but the Old Trafford outfit’s downward trajectory can be traced back to another development that transpired years before the Scot gave it up.

Cristiano Ronaldo regularly tops votes and lists of the best players in Manchester United’s history. That might be largely down to the reputation the Portuguese forward has earned for himself in his post-United career, but there can be no denying the impact he made in his time in England. Along with George Best, Sir Bobby Charlton and Denis Law, Ronaldo is one of only four Man Utd players to have ever won the Ballon d’Or while playing for the club.

It was his sale to Real Madrid in the summer of 2009, not Ferguson’s retirement four years later, that truly marked the start of Man Utd’s decline.