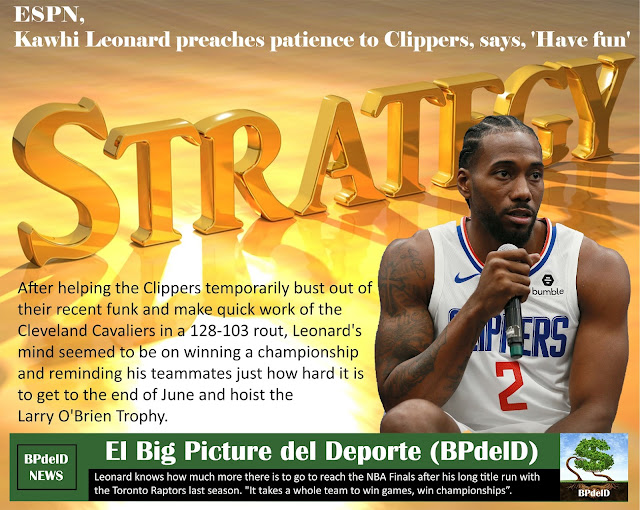 After helping the Clippers temporarily bust out of their recent funk and make quick work of the Cleveland Cavaliers in a 128-103 rout, Leonard's mind seemed to be on winning a championship and reminding his teammates just how hard it is to get to the end of June and hoist the Larry O'Brien Trophy.