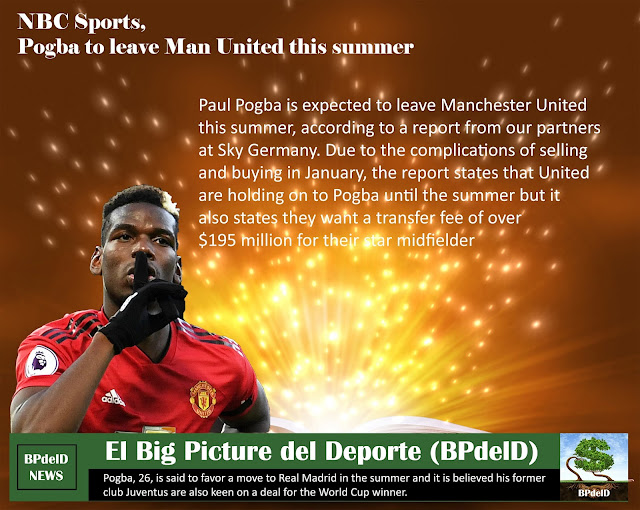 Paul Pogba is expected to leave Manchester United this summer, according to a report from our partners at Sky Germany. Due to the complications of selling and buying in January, the report states that United are holding on to Pogba until the summer but it also states they want a transfer fee of over $195 million for their star midfielder.