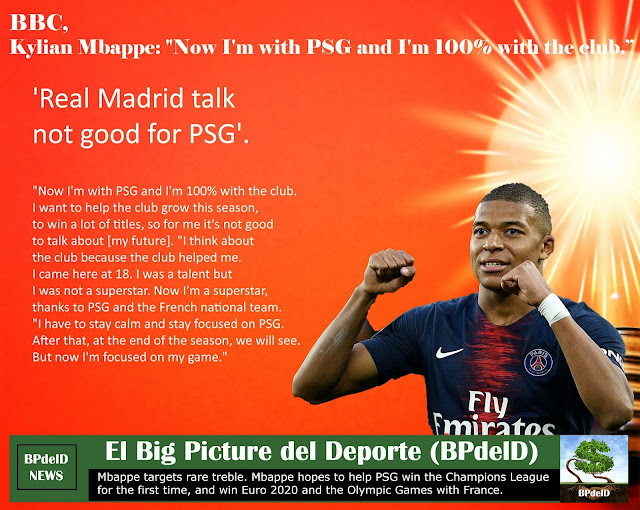 Paris St-Germain striker Kylian Mbappe has described Liverpool as "a machine" as they aim to clinch their first league title since 1990, and has told BBC Sport he is "100%" happy in the French capital as he continues to be linked with Real Madrid.