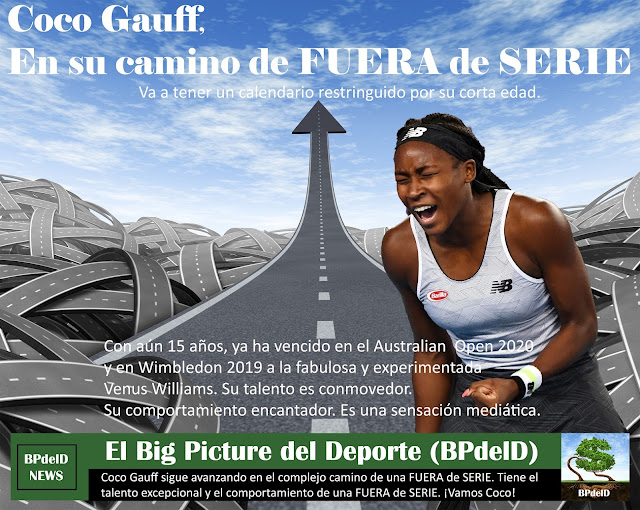 Fifteen-year-old American Coco Gauff beat Venus Williams at the Australian Open on Monday -- the second time the teenager has dumped the veteran out in a Grand Slam first round. Gauff, ranked 67 in the world and a fast-rising star in tennis, similarly defeated the seven-time Grand Slam winner in the first round last year at Wimbledon.

Teenager Coco Gauff defeated seven-time grand slam champion Venus Williams 7-6 6-3 in the first round of the Australian Open on Monday, a rematch of the 15-year-old's grand slam debut at Wimbledon last year.

Gauff, 15, played Williams, 39, to begin her first appearance in the main draw at Melbourne Park, just like they matched up to start things off at Wimbledon about six months ago. And, just like at the All England Club, the youngest woman in the field got the better of the oldest woman in the field, with Gauff beating Williams 7-6 (5), 6-3 on Monday.

The match was held in Margaret Court Arena, one of three stadiums with a retractable roof, and that was a good thing. For all of the concern among some players entering the tournament about air quality because of wildfires burning in parts of the country, the big issue Monday was a heavy storm that arrived in the afternoon and suspended play on outside courts for hours.