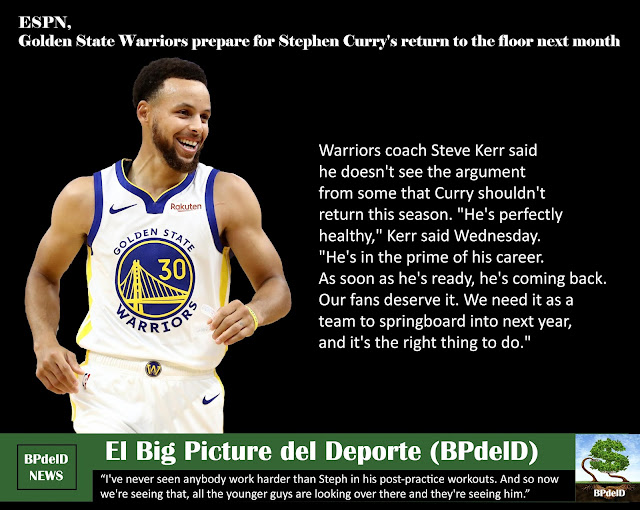 Warriors coach Steve Kerr said he doesn't see the argument from some that Curry shouldn't return this season. "He's perfectly healthy," Kerr said Wednesday. "He's in the prime of his career. As soon as he's ready, he's coming back. Our fans deserve it. We need it as a team to springboard into next year, and it's the right thing to do."

NBA, Steve Kerr provides an update on Steph Curry's return to the court for the Warriors | NBA Sound