Noticiero El Big Picture del Deporte: CyclingTips, Nairo Quintana, 15% better, is a frightening prospect for those he’ll line up against in July 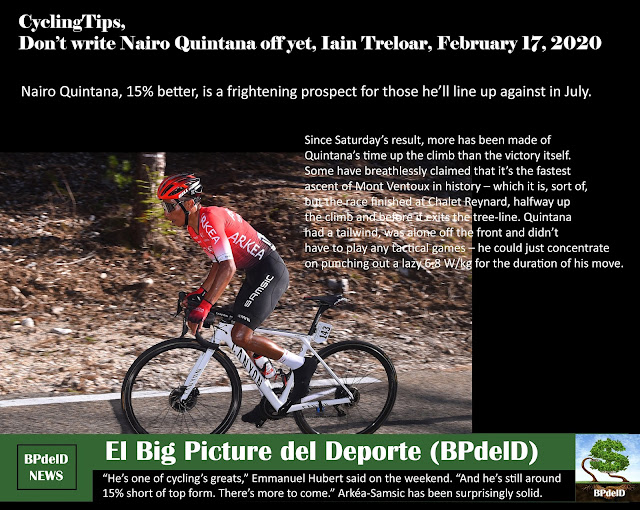 “He’s one of cycling’s greats,” Emmanuel Hubert said on the weekend. “And he’s still around 15% short of top form. There’s more to come.” Based on the weekend’s results, a Nairo Quintana that’s 15% better than that is a frightening prospect for those he’ll line up against in July. Maybe it’s not time to write him off just yet. Quintana has been a force in the mountains for as long as he’s been in the WorldTour, so it wasn’t necessarily surprising to see him producing a powerful performance on the slopes of Mont Ventoux. What was a surprise, however, was the way that he won, because it was a stunning rebuttal of all the criticism that’s been directed his way for the last couple of years.