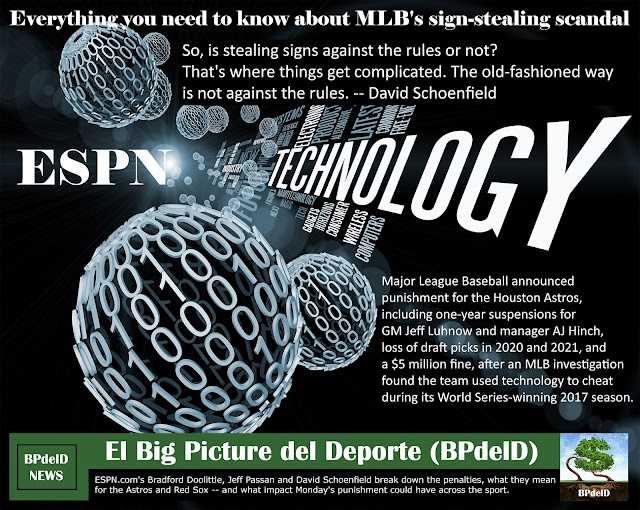 ESPN.com's Bradford Doolittle, Jeff Passan and David Schoenfield break down the penalties, what they mean for the Astros and Red Sox -- and what impact Monday's punishment could have across the sport.

ESPN, Stephen A. shocked to learn how explicitly the Astros cheated | First Take