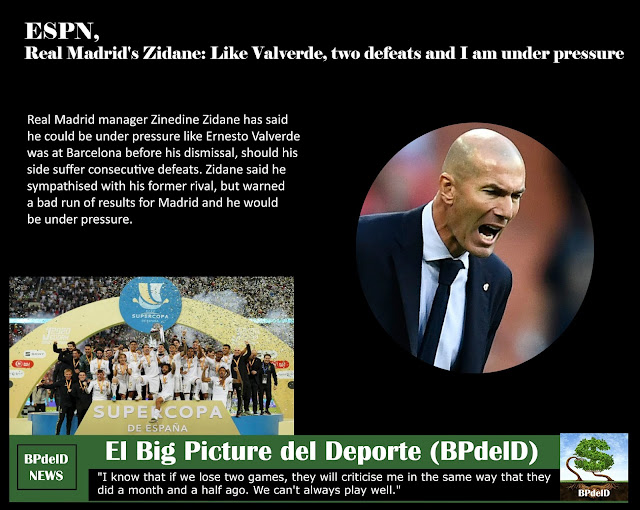 Real Madrid manager Zinedine Zidane has said he could be under pressure like Ernesto Valverde was at Barcelona before his dismissal, should his side suffer consecutive defeats. Zidane said he sympathised with his former rival, but warned a bad run of results for Madrid and he would be under pressure. Madrid face Sevilla on Saturday, in a clash which sees former manager Julen Lopetegui return to the Bernabeu.

ESPN, Real Madrid's Zidane: Like Valverde, two defeats and I am under pressure, Alex Kirkland, Jan. 17, 2020.