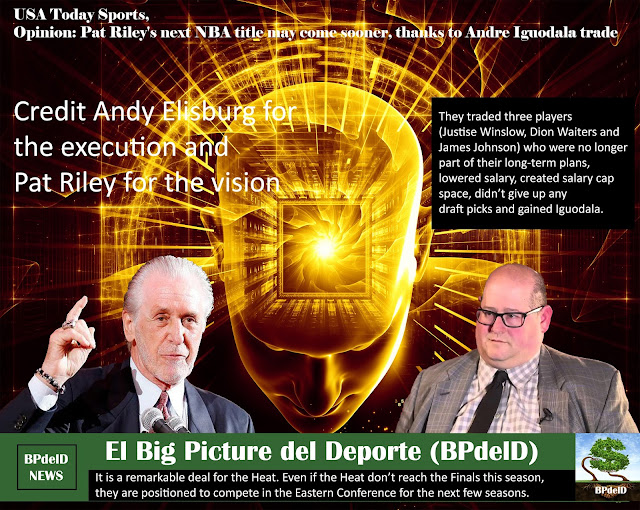 Credit Andy Elisburg for the execution and Pat Riley for the vision. It is a remarkable deal for the Heat. They traded three players (Justise Winslow, Dion Waiters and James Johnson) who were no longer part of their long-term plans, lowered salary, created salary cap space, didn’t give up any draft picks and gained Iguodala. Even if the Heat don’t reach the Finals this season, they are positioned to compete in the Eastern Conference for the next few seasons.

Pat Riley has nothing left to prove.

Loud and clear now: Pat Riley still has something to prove.

He wants to win another championship, in another decade and era of the NBA, post-LeBron James-Dwyane Wade-Chris Bosh Heat. Even at 74, the desire to win remains as strong as ever for Riley. If one thought Butler’s passion to win would disrupt the team, a person with the Heat organization laughed at that. No one is bothered more by losing than Riley, the person told USA TODAY Sports.