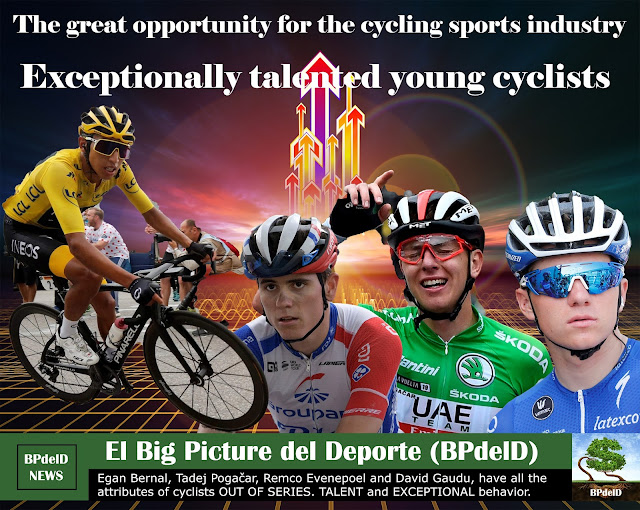 Pogačar and Bernal are among a wave of young riders - including Remco Evenepoel - tasting success in their early years as professionals and doing away with the notion that the early 20s are about serving a sort of apprenticeship. The pair are set to clash at this year’s Tour de France and could forge a rivalry over the next decade or so. Team Ineos director Nicolas Portal believes the impact being made by young riders is in part due to the wealth of data at their disposal, negating the 'trial-and-error' process of adaptation to the professional ranks.

Cycling News, Portal: Young riders no longer have to learn from mistakes, Feb. 10, 2020.