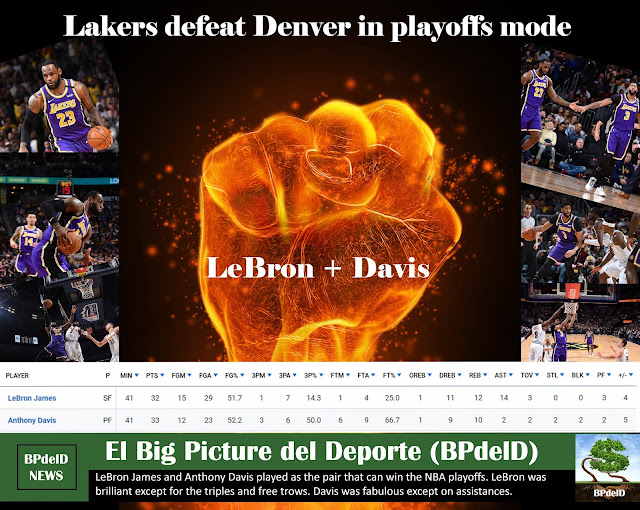 Maybe James didn't need to say anything to let his team know the significance of Wednesday's game. Several of his teammates noted his serious tone in the pregame locker room as he suited up 80 minutes before tipoff -- far earlier than usual -- to show his level of preparedness. James went on to lead L.A. with 32 points, 14 assists and 12 rebounds to notch his 12th triple-double of the season and keep pace with Luka Doncic of the Dallas Mavericks for the league lead. It was James' 20th triple-double since he joined the Lakers, making him just the fourth player in team history to record that many, joining Magic Johnson, Elgin Baylor and Kobe Bryant, according to research by the Elias Sports Bureau.

LeBron James wasn't about to coast into the All-Star break, and neither was Anthony Davis. ''I could tell they were locked in pregame. LeBron had his jersey with like 80 minutes to go before the game,'' guard Alex Caruso said after the Los Angeles Lakers' 120-116 overtime triumph in Denver on Wednesday night.