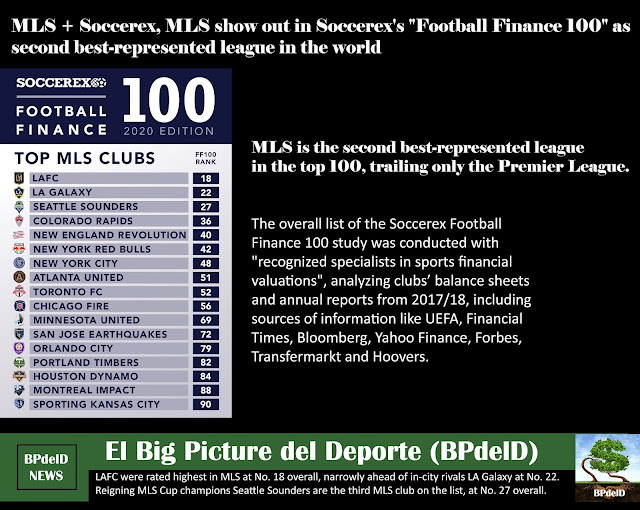 MLS is the second best-represented league in the top 100, trailing only the Premier League.

Seventeen MLS clubs are ranked in the latest edition of the Soccerex Football Finance 100 (FF100), a report compiled by global soccer business outfit Soccerex to evaluate and rank the top 100 soccer clubs across the world according to their finances.

There are 15 different leagues represented in the top 100.

UK clubs make up the biggest portion with 23 - 18 Premier League Clubs and five EFL clubs. Major League Soccer is the next most represented league with 17 clubs – 15 from the United States and two from Canada – followed by LaLiga and Serie who both have 11 clubs and then the Bundesliga which has 10.