Business: Forbes, The U.S. Open Is More Lucrative Than Ever. So Why Is It So Hard For Players To Make A Buck? 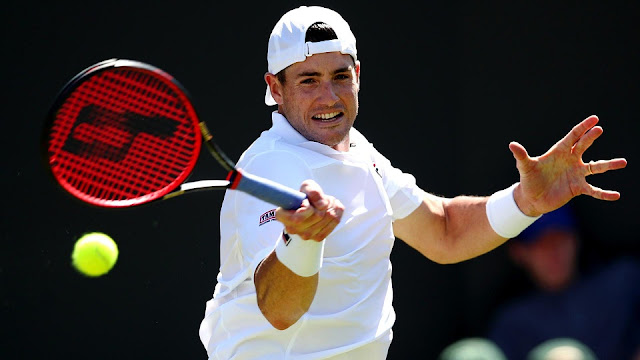 John Isner is the world’s 14th-ranked men’s singles player and the top-ranked American man. He opens play at the U.S. Open on Tuesday.

Unlike athletes in a league like the NFL or the NBA, who can rely on their teams to cover most of their playing-related expenses, I’m a one-man company. The members of my support team—coaches, trainers, agents and more—are paid their salaries and fees directly out of my pocket, and I cover their flights, meals and accommodations for tournaments, not to mention my own travel expenses.

This year, the men’s and women’s singles champions will make $3.85 million. The 2007 Open purse was $19.6 million, and that was after the largest single-year increase in the tournament’s history; this year, the total player compensation will be $57.2 million. And players will be guaranteed $58,000 just for stepping on the court, up from the $17,500 Jarkko Nieminen received when I beat him in the first round in 2007. 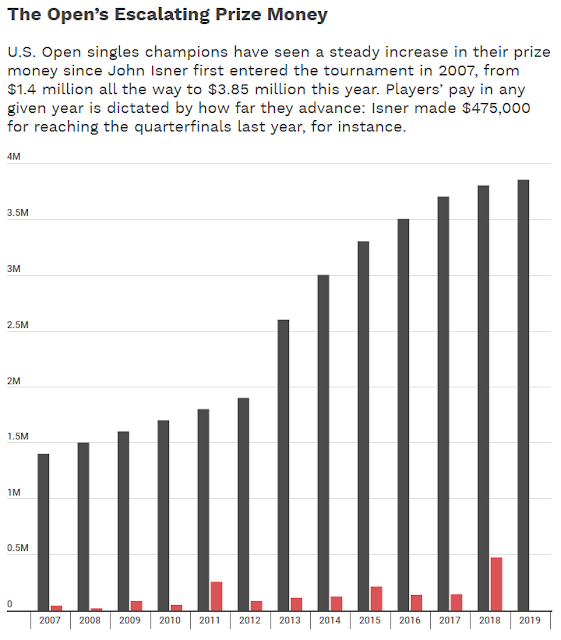 In danger of losing money for competing

The expenses can really add up, particularly at tournaments like Wimbledon and the French Open. In those cases, if I don’t win a match, I’m actually in danger of losing money for competing.

Don’t get me wrong, you do well as a pro tennis player when you’re ranked in the top 20. But that can be short-lived. Brands are paying you to get their logos on televised show courts, so if your matches aren’t being featured on broadcasts because your play has fallen off—or because the ATP Tour or a Grand Slam event has struck a broadcast agreement that diminishes visibility, or because you’re injured and not playing at all—they’re going to stop calling.

Prince supplies my rackets in exchange for the exposure of being connected to one of the biggest servers in the game; when I line up along the baseline, the “P” stencil on my strings is clearly visible.

Players might also make more or less than their competitors depending on where they’re from and how many big potential sponsors they have back home. But even in the U.S., which loves its sports and its stars, we have our challenges.

Because of their success on the court and the places they call home, tennis’ five highest earners make considerably more in endorsement income than their competitors. Most players in the next tier, which includes John Isner, can hope to make $3 million or $4 million in a good year. 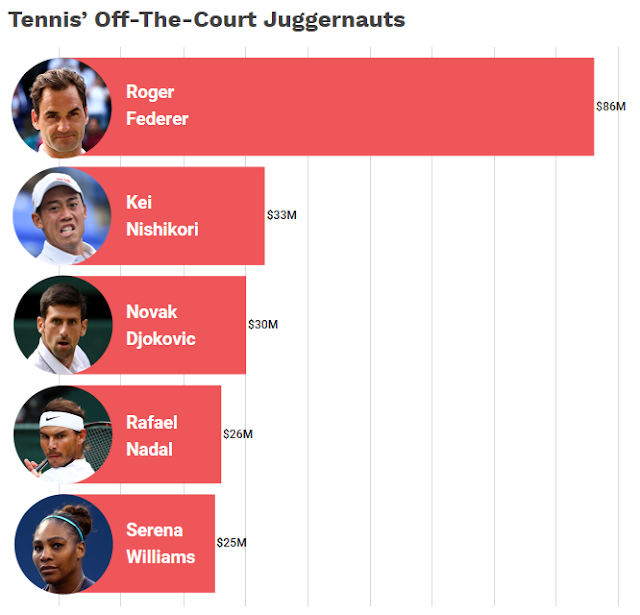 I certainly don’t want to turn tennis players into walking billboards, but I also want to make it easier to make a living in a sport where no real part of my income is fixed. Remember, too, that even the “old-timers” of tennis are retiring before 40. (Right, Roger? Serena?) You’d better hope you made enough money and managed it well enough that you can support your family for the next 50 years of your life. Tournaments and tours could make some small changes to let us sell the small amount of space we have to work with on our hats and our sleeves to give my colleagues and future players a better chance of finding sustainable financial success. It just doesn’t seem fair for players to be restricted in how they earn money by the same groups that profit off the product we deliver on and off the court.

Forbes, John Isner, Contributor, SportsMoney, The U.S. Open Is More Lucrative Than Ever. So Why Is It So Hard For Players To Make A Buck?, Aug 26, 2019.