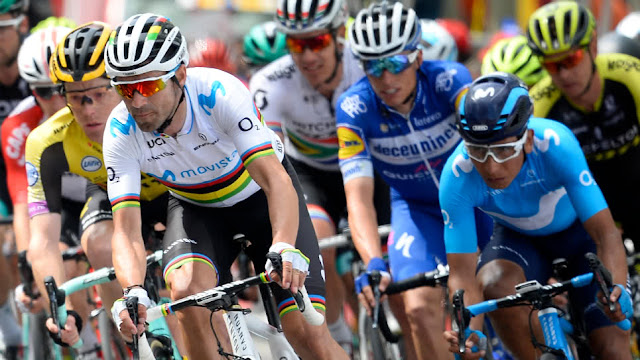 Having started the race so well with a stage win on Sunday courtesy of Nairo Quintana, Movistar were today yet again suspect of the kind of baffling tactics that characterised their farcical Tour de France.