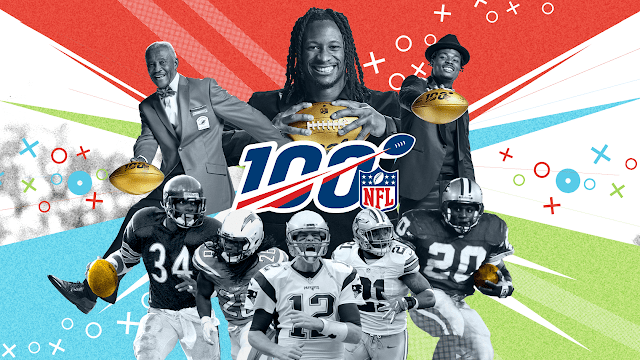 TV is the NFL's golden goose, but gambling and streaming show potential.

Local revenue, which consists of ticket sales, concessions, and corporate sponsors, is earned by the teams themselves. In 2018, the Packers earned $196 million in local revenue, 43% of their total revenue that year, which was $455 million.

Football is, hands down, the most-viewed sport in the U.S. Nineteen of the 20 most-viewed TV broadcasts in U.S. history are Superbowls of various years. In season, NFL games are broadcast live in the USA on Mondays, Thursdays, and Sundays. These games are consistently the highest rated shows on TV, so media companies have shelled out big bucks for the rights to broadcast them.

Contrary to some claims, TV isn’t dying, at least not when it comes to football. The value of the NFL’s TV deals has skyrocketed in the last few decades; by all accounts, it will likely continue to do so. As a result, the NFL’s biggest focus for reaching its aspirational $25 billion in revenue by 2025 is continuing to secure bigger and bigger TV deals.

Although TV is still king when it comes to watching football, streaming is on the rise. In 2017, Verizon signed a new $2.5 billion deal with the NFL for five years of streaming rights. This is twice the size of the deal Verizon had with the NFL before. In April of 2018, Amazon signed a comparatively small deal of $130 million for two years of streaming rights. If the growth of TV deals in the last few decades are any indication, these deals will also continue to grow rapidly over the coming decades.

Although the NFL has always officially been against sports gambling, that is likely to change soon. In May, the Supreme Court decided to let states determine whether or not to legalize sports gambling. As of July, eight states have already fully legalized the practice, while seven more have passed bills to do so. A legislative wave has begun. To capitalize on this, the NFL could set up betting parlors in stadiums, partner with established casinos, set up online sports gambling portals, etc. The possibilities are vast and there is no way the growth-obsessed NFL won’t explore as many as it can.

Business: 2018 PwC Outlook for the sports market in North America through 2022, Summary.

Business: 2018 PwC Outlook for the sports market in North America through 2022, Opportunities.

Business: The future of sports media rights and the digital revolution impact according to PwC.